URL
Which Jane Austen Hero Is Your Soulmate?

Captain Frederick Wentworth is mine!

Swooon. Captain “You Pierce My Soul” Wentworth. He’s a master at letter-writing, plus he’s good-looking, ambitious, outdoorsy, fun and oh yeah, will love you FOREVER.

I'll never forget how the love letter he wrote to Anne sent shivers through my whole body.

I found this VIDEO the other day and I couldn't resist.

Look how cute it's my new bookmark! ♥ There's no such a thing as too many bookmarks.... The year is 1851 and pioneers in search of California gold are still afraid to travel on the same route as the tragic Donner party did years before. When the last wagon train to go into the Sierra Nevada mountains fails to arrive at their destination, Eve Smith, an 18-year old half-native girl with immense tracking skills is brought along with the search party, headed by an enigmatic former Texas Ranger, Jake McGraw.

What they find deep in the dangerous snow-covered terrain is a terrifying consequence of cannibalism, giving new meaning to the term “monster.” While the search party is slowly picked off, one by one, Eve must learn to trust Jake, who harbors more than a few secrets of his own, in order to survive and prevent the monstrosities from reaching civilization.

"There are only monsters inside of angels and angels inside of monsters. Choose wisely."

✳ And I've just add one more book on my Favorite shelf!
✳ I loved Donners of the Dead and I'm not a zombie fan (well, I guess I am now). But I'm not surprised I liked it so much. Karina Halle is a great writer - she creates the strongest heroines and the scariest stories. If you are looking for a different paranormal romance, you should read Experiment in Terror!

✳ But back to Donners of the Dead... my first western zombie romance.

✳ Once I started to read, I couldn't stop. I was completely immersed in this gross and scary book.

"It lunged for me with skinny, outstretched fingers. I opened my mouth to scream but horror seized my throat and the monster seized my legs, its fingernails digging into my pants like claws. I rolled over onto my back and tried kicking at it. I got it once—hard—in the face, shattering its jaw. But its grip on my calves barely loosened and it dragged me toward its bloody, unhinged mouth that snapped open and shut like it was about to devour me whole."

How am I supposed to have a good night sleep?!

✳ The big stars of this book are the zombies, and the romance is a good complement to the story. After all, they (and us) deserve some happy and peaceful moments with so many creepy stuff going on.

"The son of a bitch had kissed me. It was quick and fast and nothing like I thought it would be, but he'd kissed me all the same.

I was glad he couldn't see the odd smile that found itself on my face." ✳ Just one more thing, the cover is GORGEOUS! Loved it.

0
One Million Pages In My Lifetime Challenge

When I was younger I kept track of my books through a diary and then I added them to Goodreads when I joined in June 2010.

DONNERS OF THE DEAD - Now I'm a zombie fan!

IT COULD HAVE BEEN BETTER!

KALEIDOSCOPE - What a waste of my precious time! :( 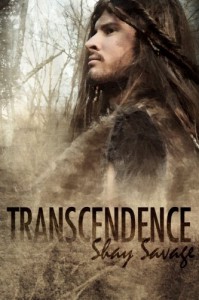 It’s said that women and men are from two different planets when it comes to communication, but how can they overcome the obstacles of prehistoric times when one of them simply doesn’t have the ability to comprehend language?
Ehd’s a caveman living on his own in a harsh wilderness. He’s strong and intelligent, but completely alone. When he finds a beautiful young woman in his pit trap, it’s obvious to him that she is meant to be his mate. He doesn't know where she came from, she’s wearing some pretty odd clothing, and she makes a lot of noises with her mouth that give him a headache. Still, he’s determined to fulfill his purpose in life – provide for her, protect her, and put a baby in her.

Elizabeth doesn’t know where she is or exactly how she got there. She’s confused and distressed by her predicament, and there’s a caveman hauling her back to his cavehome. She’s not at all interested in Ehd’s primitive advances, and she just can’t seem to get him to listen. No matter what she tries, getting her point across to this primitive but beautiful man is a constant – and often hilarious – struggle.
With only each other for company, they must rely on one another to fight the dangers of the wild and prepare for the winter months. As they struggle to coexist, theirs becomes a love story that transcends language and time.

HOW TO SAY I LOVE YOU WITHOUT WORDS

"Finally, after all this time alone, I have a mate."

✳ I was curious because I've never read a story about a (literally) caveman. And I'm not disappointed! After the first chapter I knew I would like it, but I ended up loving it!

"She is crying, but I don't understand why. Was I already a bad mate for her? Was my cave really that inadequate? I would find her another one—there had to be more around in the rocks. If not, I could search for a new place, one that was bigger and better and perfect for her. I will provide for her. I will protect her. I will give her anything she wants."

✳ Transcendence is an unpredictable, funny and endearing love story.

"My life with Beh was beautiful, transcending everything that set us apart from each other and bringing us together with our family and tribe."

✳ I had read some reviews, so I knew it was a book almost 100% narrative - which usually is a problem for me, but in this case it worked.

✳ Ehd is an adorable, kind and vulnerable (ok, sometimes repetitive - he really wanted to put a baby in Beh!) character and I was able to feel and understand his (and her) emotions even with the lack of dialogues.

"In the darkness of the cave, there is a light inside her eyes that makes my heart beat faster. I know the emotions I see there are also reflected in my own gaze though I have never felt this way before. Beh softly repeats the same three sounds, followed by my name-sound. [...] I know the heart beating below Beh’s palm belongs to her."

✳ Ehd was definitely not the caveman I was expecting! The interactions between him and Beh were really cute: the few words she tried to teach him, the reluctant baths, the touch with noses, even his headaches when she didn’t stop talking (that deep down he loved!) and his attempts to shut her up. And so many others.

"She lies on her side as she continues with her sounds. One of her hands waves back and forth in time with the noises she makes. After a while, I can’t take it anymore, and I reach over to cover her mouth with my hand. She quiets immediately, and I’m grateful." Sexy, gifted, and loyal, PI Jacob Decker is a tall, cool drink of perfection who had Emmanuelle Holmes at "hello." His relationship with Emme's best friend kept them apart for years, but things have changed. Now that a case has brought him to Gnaw Bone, Colorado, the road is wide open for Emme and Deck to explore something hotter and deeper than Emme dreamed possible. So why is she sabotaging the best thing that's ever happened to her?

It isn't easy to catch Deck off guard, but Emme does just that when she walks back into his life after nine long years. The curvy brunette had her charms back in the day, but now she's a bona fide knockout . . . and she wants to rekindle their friendship. Deck, however, wants more. Emme's always been the one; she excites Deck's body and mind like no other woman can. But a dark chapter from Emme's past overshadows their future together. Now only Deck can help her turn the page-if she'll let him...

✳ I love Kristen Ashley's books. I always know what to expect from them. That's a good thing. That also can be bad.

✳ Well...I read my first K.A.'s book in October 2012 - Mystery Man - and I'm a big fan since then. Some of her books are my favorite - Fire Inside, Rock Chick Redemption, Motorcycle Man, Breathe - but others got a low rating (2 stars) - For You e Rock Chic (both with very annoying and immature heroines).
✳ I love the bossy alpha-male (always sweet) heroes who would do anything for their strong and funny ladies. And, of course, I really enjoy her amusing writing style and her stories are a promise of romance, emotion, action and humor. What's not to like?

✳ So what's wrong with this book? While reading Kaleidoscope I had the feeling that I had read this book before - Ok, it's a different plot, but for me the characters had the same personality as the previous ones - nothing to make them stand out. Maybe the boringness? And, let me tell you, I was excited to read Deck's story since I met him in Breath.

✳ Oh, it wasn't all that bad, the book had its good moments, but overall it didn't work for me.

✳ At 70% I thought: "Yeah, it was worth the waiting! Finally!" and I almost cried! Some heart-breaking moments.
But it only last until the next 13% and then it was back to blah blah blah... whatever... I don't care...
✳ I couldn't connect with Deck and Emme and I didn't feel the passion between them. It wasn't natural.
✳ And what about that epilogue? It was totally rushed and not-incredible!

Am I going to read her next books? Yes, because I believe Kristen Ashley is a good writer. In fact, I'm going to read (in the near future) the Fantasyland series - very good reviews! Source: http://englishmajorhumor.tumblr.com/post/72290654575
how to enjoy a saturday night Learn how to make a weaved bookmark HERE

0
URL
Books You Should Read If You Want To

Source: http://rosettabooks.tumblr.com/post/70325360939/no-one-can-stop-at-just-one
and the sparkle in her eyes... that's perfectly understandable

“My idea of good company...is the company of clever, well-informed people, who have a great deal of conversation; that is what I call good company."
"You are mistaken," said he gently, "that is not good company, that is the best.”

I really enjoyed knowing more about everyone, so if you're interested, I finally had some time to write...

1. I'm Brazilian and I started to write reviews so I could improve my English - I apologize for all the grammatical errors.

3. When I was a kid I truly believed I was a witch, but I never told anyone because I was afraid to be banished from the "witch society". I believed my powers would come with puberty - I'm still waiting it. :( Lucky me, J. K. Rowling wrote Harry Potter and I could live through the book pages. :)

5. I love origami and I spend hours looking for tutorials and wasting a lot of paper.

6. I HATE cheese. It's really hard to live in this world if you don't like cheese!

7. I've never played video game. And I probably never will.

8. I can't sing at all - not even Happy Birthday. That's one of my many frustrations in life.

9. I'll become an architect in 2 months and I'm not sure I made the right choice for my professional life. Don't tell my mother, she would kill me.

10. I'm obsessed with Pride and Prejudice - I lost count how many times I read the book and watched the movie. I don't know why but this story always makes me feel happier.